Worcester Bosch recently spoke to Wayne Bettess, Founder of Off the Tools, on the support he received from his family when he decided to make a change from generations of working in the hat-making trade, and how his dad became his apprentice …

What inspired you to become an installer?

If I’m perfectly honest, I could have done better at school. I was easily distracted in the classroom and just wanted to keep busy. That’s probably the reason my school suggested I enrol on a plumbing course. From day one, my family and especially my grandad supported my aim to become a qualified installer. I visited him every Sunday and he would always say ‘Keep working hard.’

At the time, you had to be registered through CORGI, and for two-and-a-half years he would say, ‘You’re going to show me that card one day.’ It was the best feeling when I showed him my orange CORGI badge, he was proud as punch.

When did your father start working with you, and why?

My dad was made redundant from the factory and at just 44, he had a lot of work left in him. He had seen how much I enjoyed what I was doing, how I was earning a good wage and the obvious opportunities that were available in the trade. So, we got talking and had a few discussions, and he decided he was young enough to learn a new skill and invest in learning the trade. So, for six months he worked with me for the housing association I worked for. Turning up every day, working really hard all the while doing a fast track gas course at the same time.

In total it took him eight months from being made redundant to becoming a fully qualified gas engineer. What a grafter! What was even better is that the company I was working for saw his dedication and gave him a full-time job straight away. Everything fell into place at the same time.

A little after that, I took the plunge and set up my own business. Dad came to work with me for a while before starting up his own business. So now we both run independent firms! It’s an amazing trajectory for him, going from being made redundant, to retraining and up-skilling himself and then working in a new industry and launching his own business.

How has becoming a trained installer helped him?

Ah, unbelievably. He literally had spent his life in the same room, earning a flat wage, which compared to what gas engineers can earn wasn’t great. To be honest, things were tight financially, and he was working long days. Nowadays he’s like a different man. He is healthier, happier and wealthier! As he runs his own business he can pick and choose when he works. It has literally transformed his quality of life.

What would you say to young people who are looking at alternatives to university, and considering becoming an apprentice?

Getting any trade behind you is a no-brainer. The skills that you will learn will be with you for life, there will always be the opportunity to earn money once you’ve got that skillset behind you.

So, I would strongly advise looking at the trades industry as a whole and find something that you can enjoy doing, whether carpentry, plumbing, gas engineer or electrical. I still believe having a trade between the ages of 16 to 18 is just so good for general life. Even for when doing up your own house or the odd-job here or there!

Want to join the discussion?
Feel free to contribute! 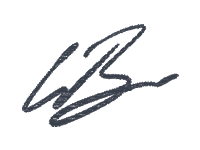 Off The Tools Money in the Bank Scroll to top